Showing posts from January, 2017
Show All

Stroll - Alongside the Mawddach Estuary 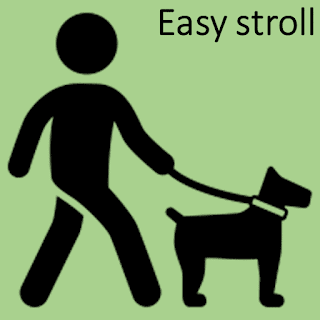 View from Fegla Fawr Route : Following the lower Mawddach Estuary upstream towards Dolgellau as far as the Abergwynant Woods. The outward route goes via the coastal footpath between Fegla Fach and Fegla Fawr, and returns along the old railway track. This route is just the seaward end of a longer hike, the Mawddach Trail , which goes the full 9 miles to Dolegellau, along the bed of the old railway. WWII anti-tank barriers alongside the railway Obstacles : No stiles. Several kissing gates. Path over Fegla Fawr has a reasonably steep descent, but an alternative path goes around this hillock. Parking : Free at Morfa Mawddach Railway Station . Facilities : Public |toilets in car park at Morfa Mawddach Railway Station. Walk over the Barmouth Bridge to Barmouth, where the Last Inn is dog-friendly. Riverside picnic tables are about 1 mile along the route, on a small promontory beside the WW2 anti-tank barriers.
Read more
More posts